Welcome to the POST FRAG! A long time ago, some great and terrible cataclysm smashed our reality (and others) like a carton of eggs being tossed from a third story window. Then, as a joke, a cosmic force thought it'd be funny to scoop up the mess and try to put it back together. The result? Eh, the world is pretty screwed up now. But that doesn't mean we have to take it lying down! It's time strap on our boots, kick back some beers, fight some bad guys and live another day!

GONZO MUTOID WASTELAND CRUST PUNKS is a love letter to bat-shit, kitchen sink post-apocalypse role-playing games. Players take on the roles of Mutoids -- scrambled freaks exploring a nightmarish patchwork reality. Want to play a Shapeshifting Bovine Doctor? Or how about a Vampiric Feline Nomad? Or a Half-Cryptid, Half-Fungus Scholar? Get weird and have fun.

This stand alone version of GONZO MUTOIDS is powered by TRICUBE TALES, a wonderful minimalist game that requires only 3 six-sided dice and some imagination!  Additionally, this was designed as a "Pocketfold" game -- print it out, fold it up, and take it with you anywhere!

What you get with your purchase:

For shut-ins like me, I also recommend the TRICUBE SOLO RULES & DECK for GM-less play!

WANT SOMETHING A BIT MORE BEEFY?
Gonzo Mutoids was originally part of the DRIVE·10 framework! If you want something slightly more traditional (with Stats, Health Points, etc) that may be the way to go.

HOW THE HELL DO I FOLD THIS?
Check out this video by Matt Kay (or go grab his Pocketfold Template) 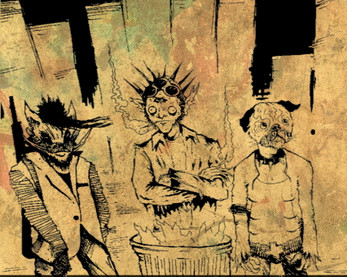 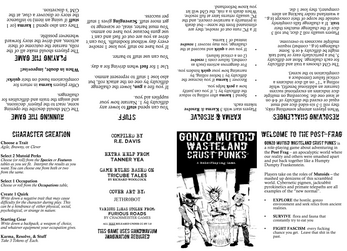 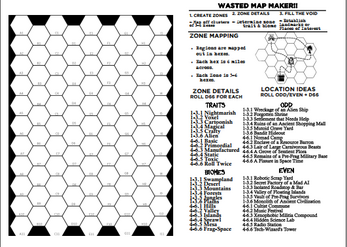 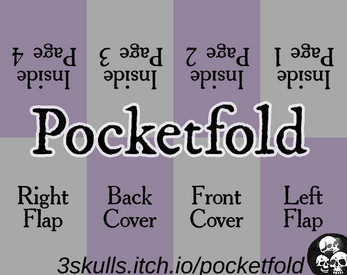 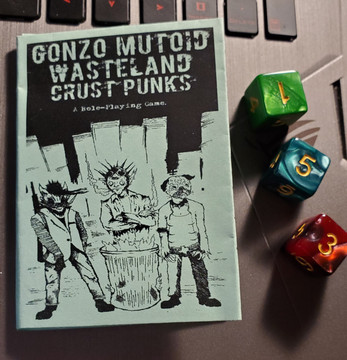 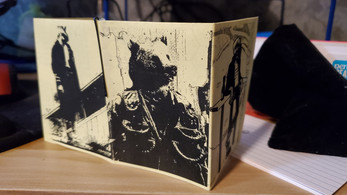 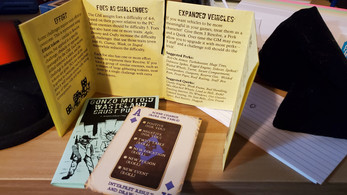